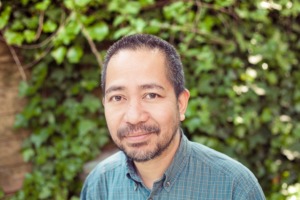 1. Saturnino M. Borras, Jr. Professor of Agrarian Studies (International Institute of Social Studies, the Hague, the Netherlands)
Jun Borras is an Adjunct Professor in China Agricultural University, Beijing, a Fellow of the Transnational Institute (TNI) and the Institute for Development and Food Policy/Food First. He is the Editor-In-Chief of Journal of Peasant Studies, and also a member of the Editorial Advisory Board of Journal of Agrarian Change, Canadian Journal of Development Studies, and Alternatives Sud. He is series (co-)editor of: (a) Routledge-ISS Book Series on Rural Livelihoods, and (b) ICAS Book Series in ‘Agrarian Change and Peasant Studies’

The emphasis of his work is on bridging academic research, policy practice and social movement activism. This has been influenced by his professional background: He has been deeply involved in rural social movements since the early 1980s in the Philippines, and later, internationally. He was part of the core organizing team that established the international peasant and farmer’s movement La Via Campesina. He has helped establish a global network of academics and social movement activists, the Initiatives in Critical Agrarian Studies (ICAS), helps coordinate its work, and in setting up the Land Deal Politics Initiative (LDPI), a global network of researchers studying land grabbing. He has helped in establishing a network of scholars and activists working on the theme of the rise of the BRICS countries and middle income countries (MICs) and its implications for global agrarian transformations, the “BRICS Initiatives for Critical Agrarian Studies” or BICAS.

He has taught at the graduate level in the Netherlands, Canada, Mexico, China, Switzerland, Portugal and Finland on politics of agrarian transformation. He is currently (co-)supervising several PhD students in the ISS, as well as in others universities in Canada, Spain, Belgium, The Netherlands, China and Canada, and works with a number of post-doctoral fellows. 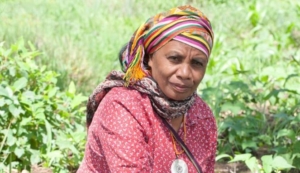 Anchoring the Indonesian western half of the island of Timor is Mutis Mountain, an area of rich biodiversity. Perhaps more importantly, it is home to the headwaters for all of West Timor’s major rivers, which supply drinking and irrigation water for much of the people on the island.

The indigenous Mollo people’s survival is inextricably linked to these natural resources, which are considered sacred. They gather food and medicine from the forest, grow crops in the fertile land and harvest from plants natural dye they need for their weaving loom—a traditional skill that has helped define the women in these villages for generations.

They also share a deep, spiritual connection to the environment—so deep that Timor people are named after soil, water, stone and trees, which are likened to their flesh, blood, bones and hair. For the indigenous peoples on the island, the destruction of the environment would mean losing a part of their identity.
In the 1980s, the district government issued permits to mining companies to cut marble stones from the mountains in Mollo territory. Local government officials did so illegally without consulting local villagers, whom they saw as obstacles to development programs. As deforestation and mining took hold, landslides became commonplace, polluting the waters and bringing great hardship to the villagers living downstream.

Aleta Baun, an indigenous Mollo, was born to a family of farmers. Having lost her mother at a young age, she was raised by other women and elders in the village who taught her to respect the environment as a source of their spiritual identity and livelihood.

As an individual whose life was shaped by the values of these elders, Baun naturally came into a leadership role in her community, sharing her traditional knowledge and eventually becoming known as “Mama Aleta.” When mining companies started clearing the forests and cutting out marble from the mountains, she understood their activities as a threat to the Mollo people’s rights to their territory—and their survival.

This core belief that the villagers’ lives cannot be separated from nature became the key message that Mama Aleta brought to other communities around the mountain. It began as a small movement with three other women. The group traveled on foot from one remote village to another—a journey that would sometimes take more than 6 hours.

Mama Aleta’s work made her a target for the mining interests and local authorities, who put a price on her head. After surviving a particularly close assassination attempt, Mama Aleta went into hiding in the forest with her baby. Several other villagers were repeatedly arrested and badly beaten.

Despite the violent intimidation, Mama Aleta grew the movement to include hundreds of villagers. It culminated in a weaving occupation where 150 women spent a year sitting on the marble rocks at the mining site, quietly weaving their traditional cloth in protest. Because women were traditionally responsible for foraging food, dye and medicine from the mountains, it was important for them to lead the campaign. In a remarkable role reversal, while the women protested at the mine, the men provided domestic support at home, cooking, cleaning and caring for the children.

In the face of the villagers’ peaceful and sustained presence, marble mining became an increasingly untenable endeavor for the companies involved. Public awareness of the weaving occupation was growing, and Indonesian government officials took notice. By 2010, the mining companies, reacting to the pressure, halted mining at all four sites within the Mollo territories and abandoned their operations.

Mama Aleta is now working with communities across West Timor to map their traditional forests. The effort is a preemptive strategy to establish indigenous territorial rights and protect their land from future mining projects and threats from commercial agriculture and oil and gas development. She’s also leading the way to create economic opportunities for the villagers through sustainable farming and enterprises that generate income from weaving and other activities.